As we’ve been taking Saturdays to talk about inner beauty, I’ve been contemplating what characteristics of the heart seem to make a visible difference in a woman. I’ve come up with several, but, it seems to me, nothing makes a more physical imprint on a person than a hardened, unrepentant heart.

I’ve noticed that when a woman holds a grudge or withholds affection because of a strained relationship, that bitterness has toxic effects inside and out. So I think we’ll spend a few weeks talking about ways to tend to our relationships…from several different angles.

For this first post, let’s assume that there are indeed times when we are squarely in the wrong and need to make the first move to make things right.

Apologizing is one of life’s little ironies. We don’t like to apologize, but we love to receive one. A sincere apology has the same effect in a relationship that an opened window has in a stuffy room filled with an unsettling odor. In the end, it doesn’t matter where the odor originated as long as everyone can now breathe again.

Here are a few keys to making a beautiful apology – one that breathes a little fresh air into your strained relationships.

An insincere apology only stokes the fire. It belittles the other person’s feelings, undermines the offense, and circumvents true repentance. If you do nothing else right, at least offer a sincere apology. Tone of voice, body language, and word choice all communicate the authenticity of my apology, and humility is the key in all three areas. That’s why it’s a good idea to ask for God’s assistance before you attempt to make amends.

When I’m uncomfortable I wiggle a lot. Apologizing is very uncomfortable for me. Have you ever tried to offer an apology while wiggling your way out of it as you go? True apologies leave no wiggle room. If I’m really contrite about my actions and concerned about the other person’s feelings, I take responsibility for my actions and the hurt I have caused them. I may say something like, “I didn’t tell you I’d be late for dinner and that was inconsiderate of me.”

I don’t have to exaggerate my offense or claim responsibility for things I did not do, but I should be up front about my behavior.

Once I’ve acknowledged my wrong behavior I need to stop right there. I don’t need to add, “I just got busy doing important things,” or “You did the same thing last week,” or “I thought you would know where I was.” Wiggle, wiggle, wiggle.

Acknowledge the Other Person’s Feelings

The Bible tells us in Philippians 2:3-4 that we shouldn’t only look at things from our own vantage point, but should consider others’ feelings first. For the sake of reconciliation I may need to put my own feelings aside and take into account how my actions affected the other person.

Let’s face it, sometimes the other person claims our actions hurt them and we just don’t understand why. The same behavior would not have fazed us in the least, or so we think. But regardless of how we would have responded to the same treatment, we can at least value the other person enough to acknowledge their feelings.

I might not care if my friend forgets my birthday, but if I overlook her 60th and it causes her to question my love for her, I need to value her feelings. I could simply say, “I see that my thoughtlessness hurt your feelings and made you think I don’t care.”

Perhaps those words are slightly overused, but they still have a powerful place in a sincere apology. By saying “I’m sorry” I tell the one I’ve offended that I regret the hurt I’ve caused them, whether I’ve hurt their feelings, stepped on their toe, or ignited their anger.

Of course, you can word your regrets in other ways: “It breaks my heart that I hurt your feelings,” “I regret the pain I caused you,” or “I am so ashamed of my words and how they hurt you.” Just keep it sincere.

Asking for forgiveness is often the step that actually seals the deal. It puts the ball back in the other person’s court, giving them the opportunity to erase your debt and credit you a little good will. It tells them you value the relationship enough to seek their renewed good favor.

When I ask my grandchild to forgive me for picking him up from school late, I let him know that I esteem him and his forgiveness is important to me. Conversely, if I simply say I’m sorry and continue on without granting him the opportunity to issue forgiveness, I communicate to him that he just needs to get over it, deal with it, get a grip. While I may have expressed some regret, I haven’t shown him much respect or honor.

Just when you think you’ve offered a humdinger of an apology, you realize it’s not over yet. Unfortunately, by asking for the offended party’s forgiveness, you’ve just granted them permission to express themselves.

You may be blessed with a simple response of “Ok. You’re forgiven. Let’s move on.” But you may hear something more like, “Fine, but next time… and I would never do that to you… and I hope you’ve learned… and it may just take me a while to get over this…” Sound familiar?

If you want to go back into the ring for round two, go ahead. Just remember, you’ll have to cycle back through the whole apology again eventually. Do you really want to do that?

On the other hand, if you keep the humble attitude of Christ in I Peter 2:21-24, you can usher in true reconciliation and peace much sooner. Jesus didn’t yell back from the cross at those hurling insults at him. He didn’t call down a legion of angels to set them straight either. He just died for them instead. True apologies require a sort of death as well – a death to self.

The Beauty of a Sincere Apology

Indeed there is an art to offering a true and effective apology. Who knew? But the good news is, for most of us, there are plenty of opportunities for practice.

Look, I’m not encouraging you to apologize excessively and for every little wrong step. You know when an apology is needed.

But let’s remember that the beauty of an apology is not so much in the technique or the delivery. It’s in the heart. Apologies take root in the fertile soil of a humble heart, one that has experienced the amazing grace of God. So if you’re struggling to make amends, the place to begin is really in the presence of God. Ask Him to sow into your heart a healthy dose of compassion and love so that you can make a sincere and beautiful apology if needed.

Blessed for My Day

Do nothing from selfish ambition or conceit, but in humility count others more significant than yourselves. Let each of you look not only to his own interests, but also to the interests of others. ~ Philippians 2:3-4 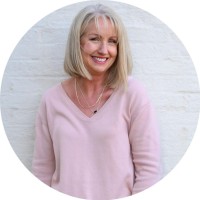 Hi! My goal at Dressed for My Day is to inspire and help women like you and me dress beautifully and appropriately for our unique days so we can engage with those around us gracefully and influence them positively.

This site uses Akismet to reduce spam. Learn how your comment data is processed. 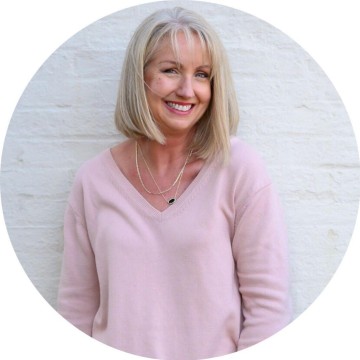 Hi! I’m Kay Harms, a professional writer, speaker and mentor. I started Dressed for My Day to encourage myself and other 40+ women to care for and dress our bodies in a way that helps us influence our world positively and with grace. Read More

Join the Dressed for My Day Community

Here's what you'll receive when you subscribe:
• a personal email announcing each post
• Kay's ebook - It's Your Day ... Style It Your Way
• entrance into a monthly drawing for a $50 gift card
• security of your information
• exclusive subscriber freebies 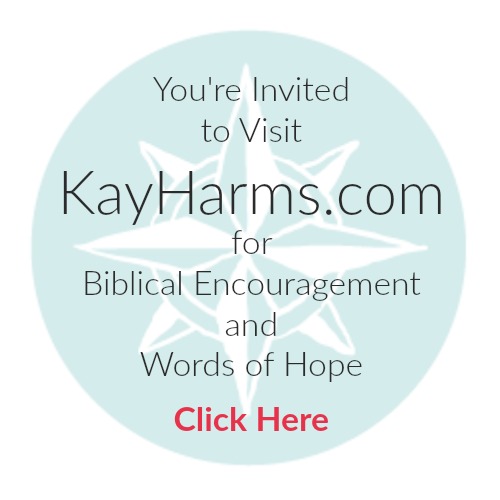 Shop Where I Shop

The following links are affiliate links. If you purchase anything while shopping through them I potentially earn a small commission, but at no cost to you. Thank you for shopping my links and supporting my work. 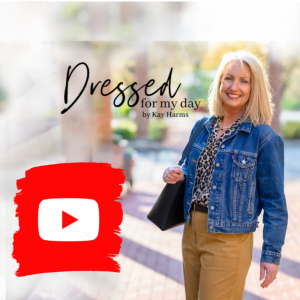 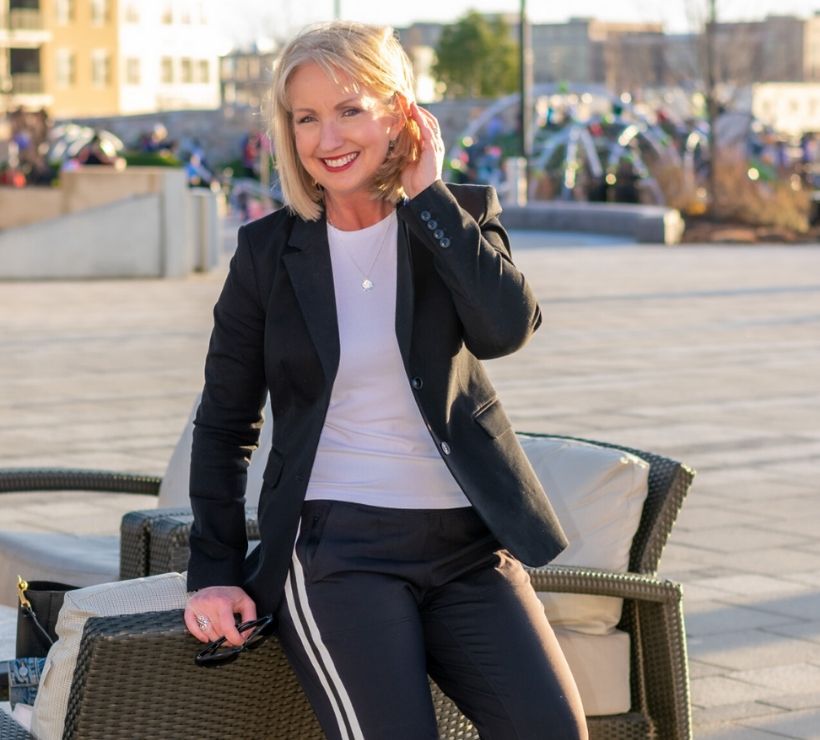 Join the Dressed for My Day Community

Here's what you'll receive when you subscribe:
• a personal email announcing each post
• Kay's ebook - It's Your Day ... Style It Your Way
• entrance into a monthly drawing for a $50 gift card
• security of your information
• exclusive subscriber freebies

I'm not sure what my readers expected when they as

Shop this sharp, classic winter look through the l

I love me some neutrals! What about you? Are you T

It’s an after Christmas vacay! We’re out explo

I'm a cashmere sweater kinda gal through and throu

Wrap the presents in 𝗮𝗹𝗹 the colors of Ch

Let's save RED & GREEN for another day! Today I'm